First of all.. This post is exclusively for those who know what Dreamforce is (*very few who are exceptions).

Who doesn’t know what Dreamforce is, just go to www.dreamforce.com , its one of the biggest conferences held, competing with E3, I/O.

Now, this is the response I get, when I ask a developer if he is attending Dreamforce, “I am just a developer, my manager wouldn’t approve my travel for 4 days“. Even before digging more, I have attended Dreamforce thrice and I am going again. Of course I have many other reasons why I am going to Dreamforce, but I made a list of few points that should basically help any developer who is thinking otherwise.

Dreamforce is a Sales Event

Partly yes, as with every other conference, there is definitely part of Dreamforce that is basically nothing but all the different companies trying to get leads. But Developers don’t care, all the developer related stuff is in a separate building and there are 2 dedicated floors just for Developers, where there is no Sales, nobody to bother you, but people who are exactly like you.

Yes. this is the fun part, and i know that nobody can get to all the sessions, its crazy, but if you plan properly you can at least attend 15 really good sessions and get all the knowledge you want.

Who doesn’t love free stuff and Dreamforce is full of it. Last time when I was at Dreamforce, we have a betting going on within our team to know who could get the highest number of goodies. It was such a fun. I had to come back home with 2 additional bags of stuff. Later, I have distributed everything at work and developer group. But for anyone who’s into it, go for it.

Its definitely interesting, and I have seen many who actually got hired at Dreamforce. So if you are looking for a change in your career, network here, find the right place, right person, get hired.

You might have spoken to people, MVPs, Community heroes, Evangelists on Twitter, Facebook, LinkedIn, might have followed their blogs. At Dreamforce you can connect them with their faces, say hi to them, thank them for what they are doing and best part, take a Selfie with them.

Last but not least, Party

4 days, you are completely in a different world, you have so much going around you, you might grasp a few and might be overwhelming for many of you. But one advice from my side, make sure you enjoy each and every minute and party when you get chance. 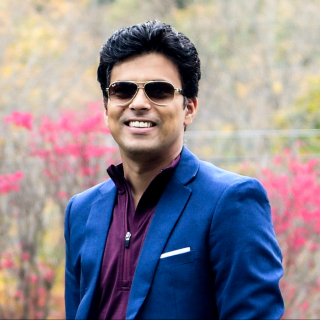